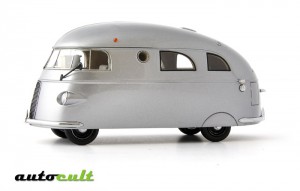 A Man of Action

The famous Hunt House Car was created by chance by US-cameraman John Roy Hunt, who called himself J. Roy Hunt. Because of his occupation, Mr. Hunt travelled quite a lot, and he wanted to have a possibility of a second home during his travels. Unfortunately it was the middle of the 1930s, and such a vehicle did not exist in the US market. So he decided to create it by himself.

With outstanding craftsmanship and a lot of enthusiasm, he started building his own mobile home based on a Ford truck in 1937. He used aluminum parts from the aviation industry for the construction, and his design integrated the homely accommodation as well as the driver´s cab. The Ford-vehicle floor was strengthened with 16 additional steel beams for this new bearing task. With help of a friendly car dealer, he set an aerodynamically sophisticated caravan on its wheels which caused a sensation very soon in the young caravan scene at that time. Primarily it were trailers for trucks and flexible mountable constructions for pickups, so J. Roy Hunt was creating an early shape of a small but quite sufficient caravan. His motorhome, which looked very futuristic at that time, is a milestone in the caravan scene to this day as it was the first vehicle which had a shower on board! The cameraman matched the pulse of the camping world with his do-it-yourself construction and more and more potential buyers approached him to buy this.

In the following years, also during the Second World War, J. Roy Hunt was producing his Motorhome and delivered around 50 examples until 1945. In the course of the years, he has changed the original type slightly, and he could also realize individual wishes at his own production, so that the models are distinguishing in details. 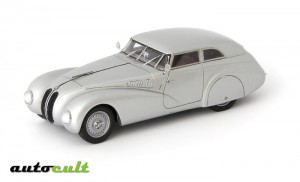 The Swiss, Wunibald Irmin Erich Kamm was professor for automotive engineering and vehicle engines at the technical university in Stuttgart in the 1930s. During his time there he also established the charitable foundation, The Research Institute of Automotive Engineering and Vehicle Engines Stuttgart (FKFS), which enabled him to have a good cooperation with the automotive industry. Kamm´s big advantage was that he had a wind tunnel, which allowed him to test the air flow behavior of real cars. In the course of his tests, Wunibald Kamm created his own sophisticated rear-end design, which led to minimal air turbulence and helped increase the car’s top speed.

Wunibal Kamm designed the rear end with an abrupt, almost precipitous end and thereby he pointed a drop shape. The appearance was unusual, but the rear-end version was revolutionary under aerodynamic considerations and very soon received a fixed place under the name, Kamm-rear, in the history of automobiles. Professor Kamm realized his idea on a BMW 328. At BMW, the executives expected extraordinary driving performance of the unique model. They optimized the chassis of the trellis frame and made it of the light material electron, so that the car only weighed 30 kg. Furthermore, the standard 6-cylinder propulsion was increased to a peak value of impressive 136 hp (normally 90 hp) and had a top speed of 230 km/h. The car should celebrate it´s big appearance on the legendary Mille Miglia with four other 328 in the 1940s. The Kamm-BMW 328 was steered by Conte Giovanni Lurani/Franco Cortese, but the car could not demonstrate its performance, as it had to stop because of technical defect in the seventh round.

The breakout and the big success of the Kamm BMW in the last Mille Miglia, for the time being, was refused. The unique model did not receive the chance to prove its sportiness, as the Second World War forced the motorsport to stop completely. 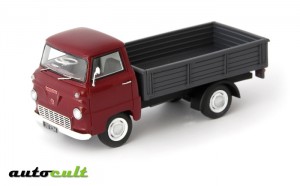 In 1957 Ford was presenting the small truck, Thames 400E for the first time. It replaced the Fordson E83W, which was produced since 1937, and was already outdated.

The British Ford-factory was reconnected in the production of the Thames. The small truck series main production plant was in the English town Dagenham, but it was also produced in the Danish Ford-plant in Copenhagen.

The Ford-Thames generation was starting with a version of a delivery van, followed by a version of a minivan in different designs, and from 1961 also as a pick-up version. In a typical style of that time, the side planks could be folded down and were made mostly of wood, but they could also be ordered in a sheet steel construction.

At the beginning of the 1960s, the Thames 400E was still powered by a 1,703 cc four-stroke engine and a performance of 53 hp, which was transferred to a three-speed box which was heavily geared down in the rear axle. From 1963, the engine got a minimal peak power of 55 hp by using regular petrol and 58 hp by using premium petrol. Until the end of production in September in 1965, the British and Danish plant could sell 187.000 models in total.
The Thames 400E is one of the successful model series in the history of Ford. 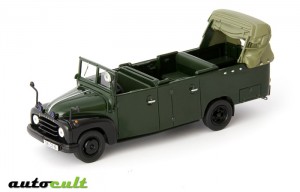 In 1950, the manufacturer Hanomag put the Hanomag L28 truck on the market in the lightweight class and was constructed as a cab-over with the most modern standards.

An essential feature was the integrated headlights in the front part, and a wide grille with only three “ribs” was also becoming a distinctive mark of the L28. At the beginning, an in-house diesel engine with a performance of 50 horsepower was used for the drive, and proved to be sufficient at first. However the performance was improved with roots blowers for the 1953 model year. The L28 gained big recognition in the German economy with various truck bodies. In addition to the customers of the industry, the authorities had a big backlog of vehicles as well.

In particular, the national and federal police were in the development stage of looking for team busses that would allow them to transport large numbers of law enforcers very fast to political spotlights. Because of the official demand, the management of Hanomag produced a special offshoot of the L28. A car body was constructed on the conventional chassis with a drive with twin-tired rear axle. According to the instructions of the public authority, the vehicle should be able to carry twelve public officials. The small bus had two doors in the rear of the car and only a soft top protected it against the weather, which could be rolled up on the rear of the vehicle. This version went down into history under the abbreviation GruKW – which stood for “Gruppenkraftwagen”.

According to the use, they have been delivered in a dark green color and mostly they had also a bigger searchlight which was mounted on the front window frames. 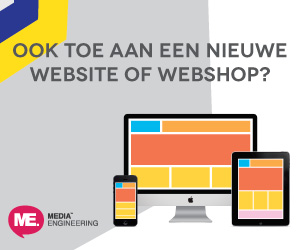 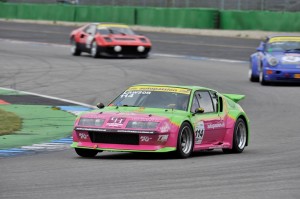